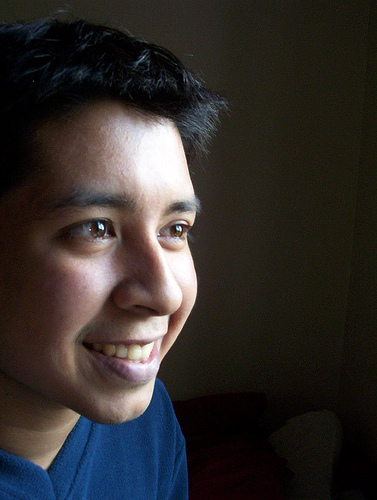 Samit Basu’s books are wonderful amalgamations of various literary works, movies, events etc. Quite a few people do get the allusions, most go ahead and have a hearty laugh anyway at the incidents / characters mentioned in his book – but many don’t exactly quite *get* it. And unless you’re a Bong, you will NEVER *get* many of the jokes; OK, many of THAT stuff which I point out aren’t exactly references, but simply Bengali words that he’s used for his characters. Loads of free time right now, so I sat down to make this comprehensive list of references Samit Basu makes to other works. I’ll start off with the first book in the GameWorld Trilogy – The Simoqin Prophecies

– then move on to the others in due course of time. And please, I’m NOT trying to explain all the jokes in the book here – simply references that people may not know or miss (maybe because they aren’t Bongs). On the right, BTW, is Samit, well, what he looked like around two years ago. 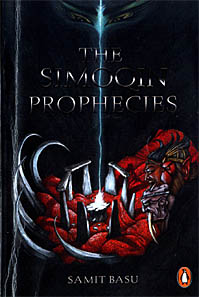 I generally read from ebooks (even if I have hard copies of them) because it allows me to search and note down MY takes on MY favorite parts (and bookmark them – without having to bother about running out of paper bookmarks or dog-eared pages). The problem with Samit Basu’s case is that Indians are lazy bastards who are never as vela as their Western counterparts in scanning, OCRing, and uploading ebooks. I’m against piracy – and I’ll happily pay to buy original ebook versions – if only they were available. The sad thing is, publishing houses don’t take the initiative in this regard. Anyway, that’s why noting down MY takes on Samit Basu’s books is a bit tedious for me. Took some (free) time to get this sort of stuff done.

Not making lame conclusions of references either, because in most cases I think I’ve quite fairly figured out where Samit Basu came up with those names and incidents from. Too bad if you don’t agree. Given stuff below is ORIGINAL work – although I admit other fine chaps could have reached the same conclusions as mine themselves. Feedback, or any references that I miss out, would be greatly appreciated and may be directed to me using the comment form at the end of this post.

Edit: Samit Basu had a look at this list. He says I was off-the-mark regarding gun-kata and Simpsons inspiring D-d-death – but the rest of the list is correct.

SPOILER WARNING : The Stuff written below contains a LOT of plot spoilers to The Simoqin Prophecies.

Have anything other than these? Or any feedback? Leave your comments using the form given here.

0 replies on “References in Samit Basu’s ‘The Simoquin Prophecies’”

Also, rather than this obscure Equilibrium film, don’t you think the ravian fight sequences draw much more from: The Matrix (film), Max Paine (game) and DragonBall Z (cartoon)?

Those can indeed be counted as influences, but Equilibrium is a cult epic within sci-fi film fans. And if you watch it, you’ll realise how similar they are!

Also, the Grim Reaper being replaced by someone is SO Terry Pratchett (clearly the strongest literary influence on the trilogy), and not some episode of the Simpsons.