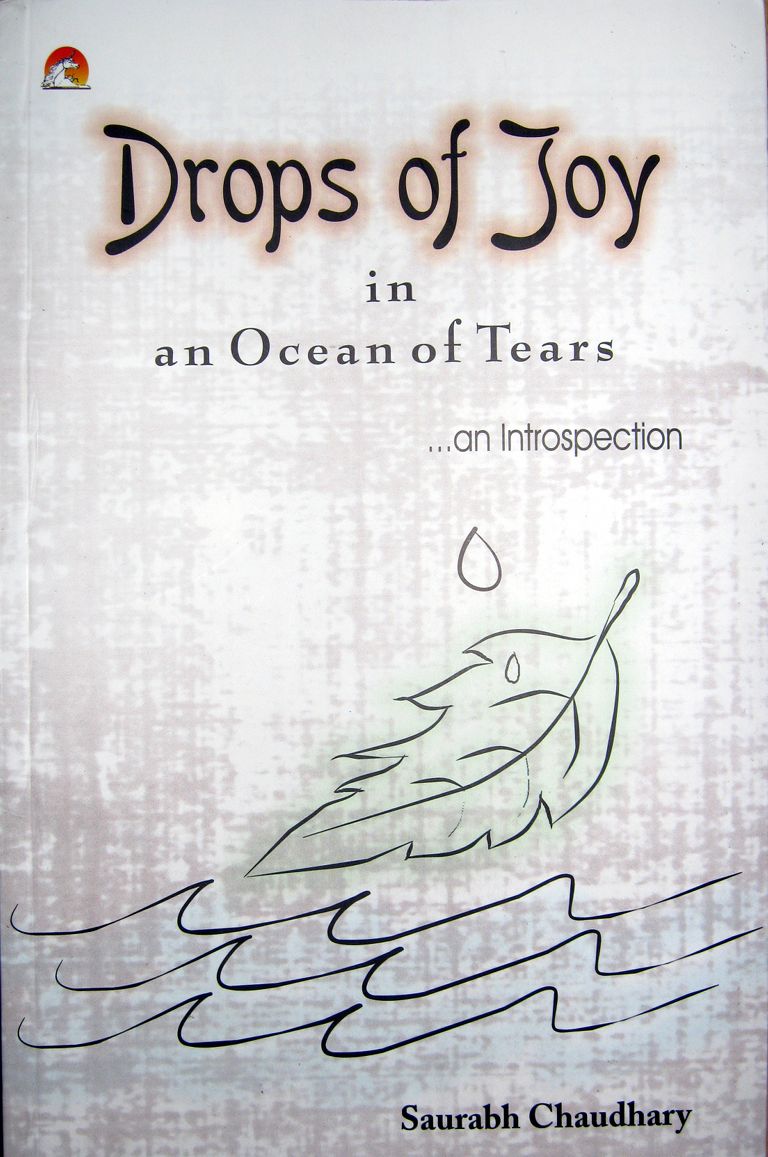 Drops of Joy in Ocean of Tears is a collection of poems and essays written by Saurabh Chaudhary, a student from DPS Vasant Kunj. He is currently in class 12th and a frontrunner for the post of head boy of the school this year. 🙂 (Last year he was the school vice head boy.) He is the de-facto leader of the DPS VK Quiz Club and is the best quizzer that Delhi Public School, Vasant Kunj currently has. (In the recently held Mod Quiz, Saurabh Chaudhary won the position of ‘best quizzer’.) He is also one of the best group discussion members that the school computer club Code Warriors has right now.

Published by Unicorn Books, a sister concern of Pustak Mahal, this book is a quick read. You could wrap up reading this within 30-60 minutes. The quality of writing is good. I’m not a big fan of poetry and I rarely find any sort of verse to be readable. With a few exceptions, I detested studying poems as a part of my English literature syllabus in school. However, I found Saurabh’s work very readable. (Most of the content in the book is poems.)

The theme is unvarying throughout, which can make your attention waver a bit, but the quality of writing is – undoubtedly – great. The theme of poems in the book is of how he felt rejected / neglected by peers in school because of some decisions that he took. It’s a contentious topic so I won’t go into that – instead, I judge the book on its own merit. Towards the end there are also a few essays on a few miscellaneous topics. These sort of tie into the preceding poems and sort of don’t. I also felt that the essays were a bit short and could’ve been a little longer.

It won’t take you long to read the book. I suggest that if you come across this in a bookstore (I couldn’t find it on Flipkart) then do browse through it, but it if you like it.

5 replies on “Drops of Joy in Ocean of Tears”

I read his book.

Rather, one of the poems actually reminded me of something(s) written by Blake and Keats.

And yes, he is the head boy which goes to show how less our school authorities think before appointing cabinet members.

Do u know Saurabh Chaudahry?

Er. I asked this question to Muskan Arora,not you.(i replied to her comment,you see)

I didn’t somehow like her comment:
“And yes, he is the head boy which goes to show how less our school authorities think before appointing cabinet members.”