Pluggd.in is a blog covering developments in the Indian startup / entrepreneurship scene. Recently, I won an autographed copy of the book Cash The Crash by Yogesh Chabria (pluggd.in’s review of the book) in a Twitter contest organized by pluggd.in. Took some time to receive my prize because the author was off travelling (Iran, I heard) but it eventually arrived via courier. Disclaimer – This is NOT a sponsored post. 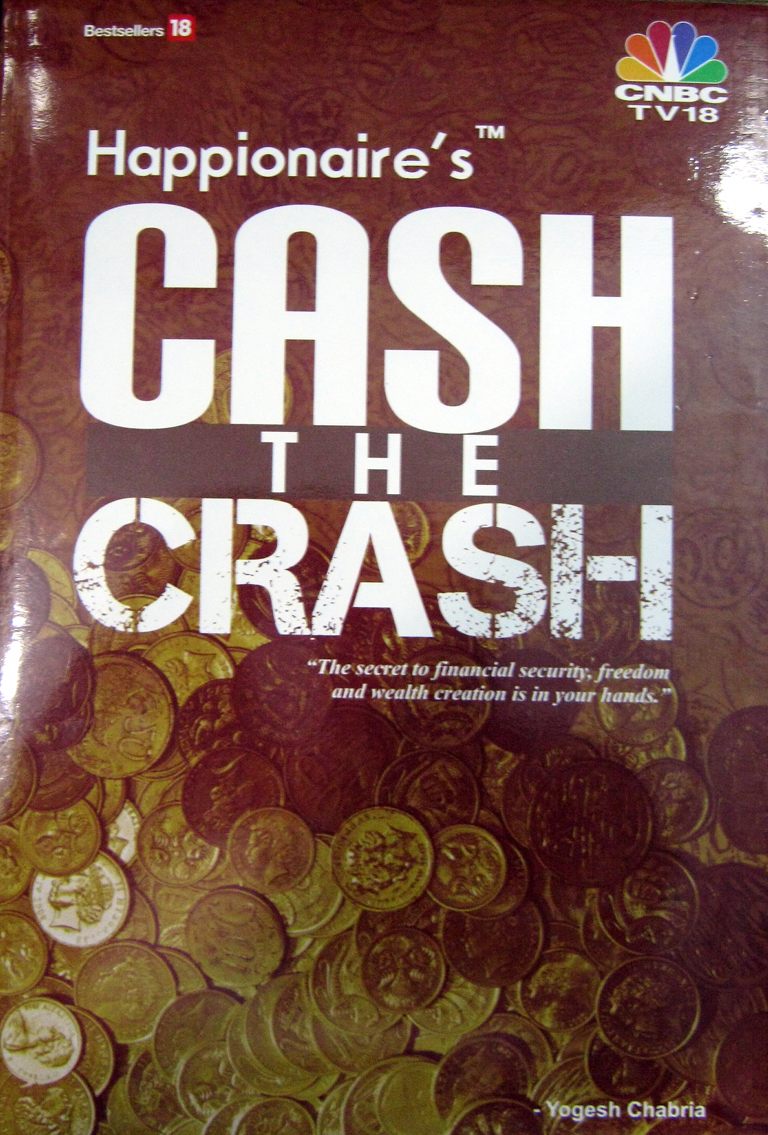 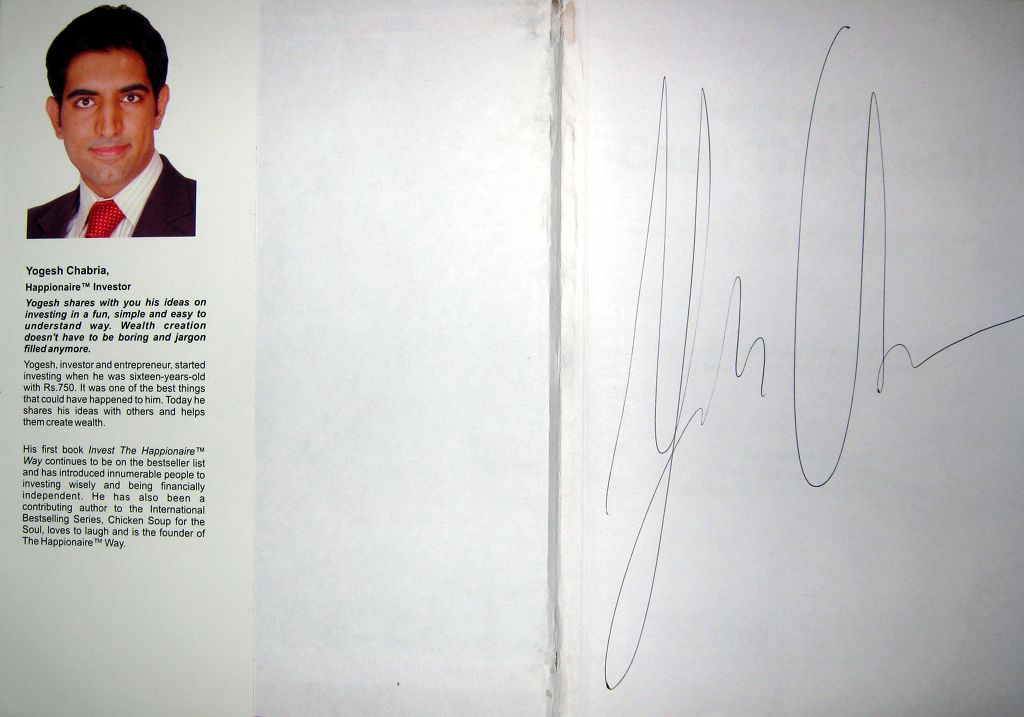 Yogesh Chabria is an author who, when not writing books or touring Iran, works for Indian stock market watch site Moneycontrol.com. He wrote a book earlier titled Invest the Happionaire Way explaining the basics of how the stock market, share trading et al works. Basically…he’s a Michael Douglas from Wall Street kind of advisor.

Cash The Crash aims to explain why the global economy was on the brink of collapse last year, and why this opportunity is a good thing for people in general and for those looking to invest in stock markets in particular. Now, if you’re thinking there’s some of ‘GET RICH QUICK…EARN MILLENS OF DOLLAHS’ kind of thing going on here, perish the thought. The book quite sensibly states that that’s not what it’s objective is; the objective is to explain and make people a bit more financially literate and aware. This is quite specifically meant for a beginner. 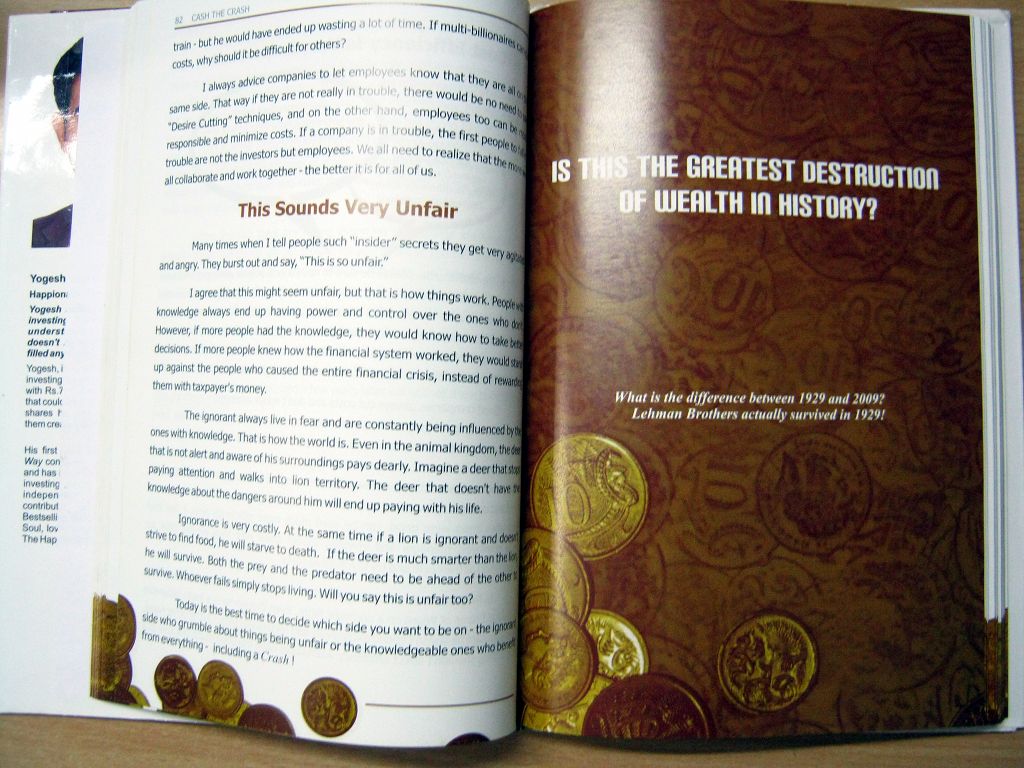 I’d already read about why so many banks collapsed last year – in general news media and places like Chirag Jain’s blog. Even when discussing this period, the mood is upbeat throughout. At no point will the book make you feel depressed. Later chapters move on to explaining the importance of keep a good look on your finances and some basics about stock markets work. By basic I mean very basic. (Though, there’s an appendix at the end of the book explaining financial terms succinctly which is quite informative and concise.) This is not a textbook. It’s a book you could gift to your grandmother and expect even her to understand what’s written. This is all theoretical of course since I don’t have a grandmother whom I could test this on, but I expect she would. 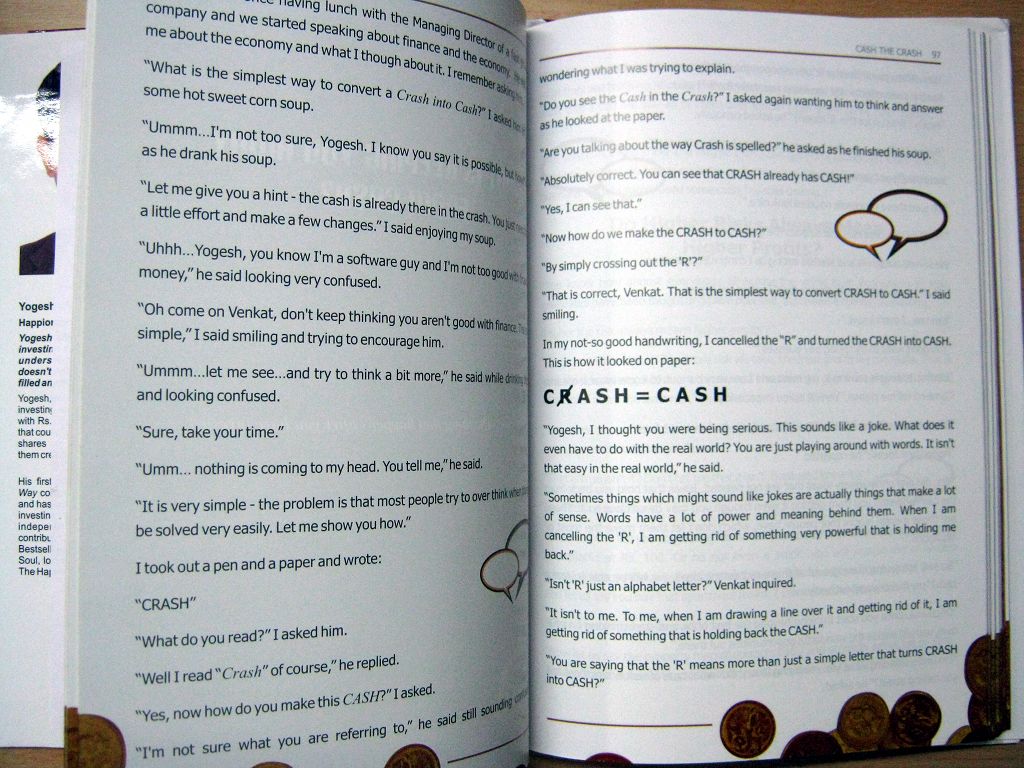 What makes this book stand out that is that even a layman would be able to understand how it is explained. The book generously uses examples and explains events / terms using conversations instead of paragraphs of text. This is the book’s biggest strength and weakness. If you aren’t well clued in to the world of finance then it you will find this style of explanation easy to understand. On the other hand, adopting this style also results in the book becoming a bit lengthier, but I’m sure the targeted buyers of the book won’t mind. Also, the conversation are also quite obviously made up. Not saying the conversations didn’t happen, they probably did, but you can make out that the exact dialogue used is written specifically for the book preserving the essence of the conversation that the author would have had with the people mentioned.

Purely talking about the technical aspect, there are a few things which could have made the book a more comfortable read. All pages are printed on glossy paper. Cash the Crash is one book which didn’t really need colour printing – or pictures of coins at the bottom. So, Bestsellers18, why torture your readers into squinting because of the all the glare caused by the glossy paper? This isn’t a coffee table book either – no major photos, diagrams, charts to illustrate. Printing on normal paper – and releasing a paperback instead of hardback – you have made the process of reading easier. I hope Network18 guys listen to feedback. Also would have made the book a lot cheaper (MRP for this edition is Rs 499). 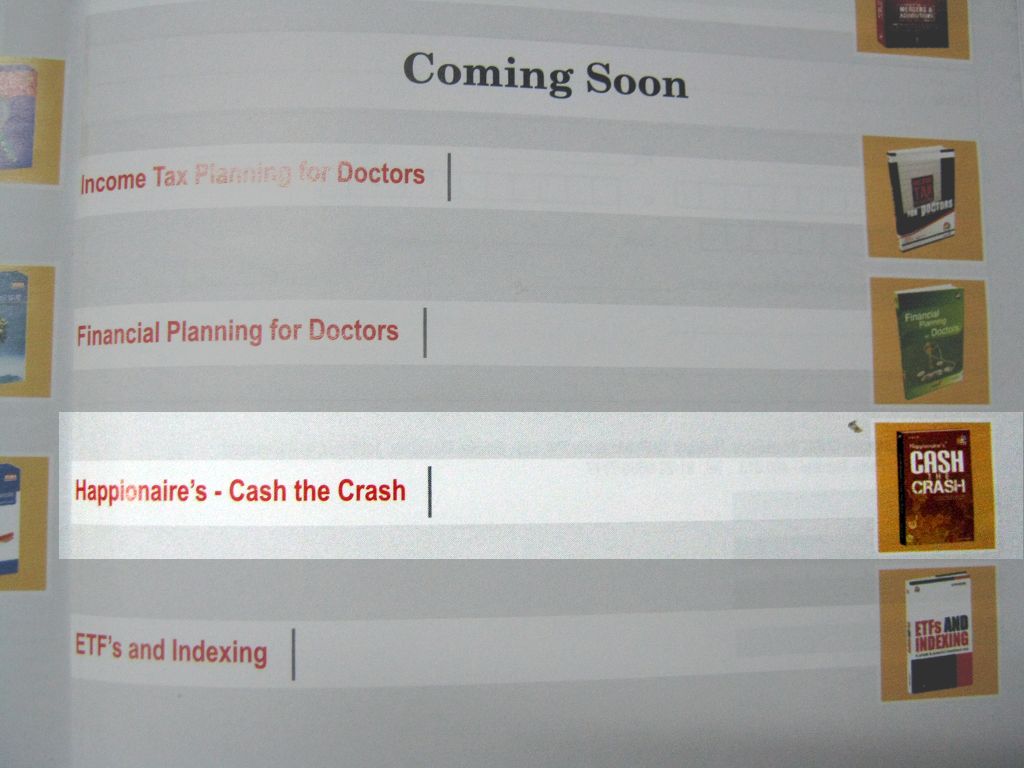 The book also lists itself in the ‘Coming Soon’ section publishers attach at the end of the book. Did you mean…recursion?

Overall, I’d say that if you’re not a finance pro, then you should read this book. It’s optimistic, everything is easily in a conversational way, and doesn’t scare off a beginner with jargon. If only the publishers had made sensible decisions about the printing process and pricing it would be sweeter deal when buying the book.

Lovely sense of humour Ankur. I caught your review while searching for Cash The Crash. I have read Yogesh’s first book and loved it. It actually helped me invest better and my financial situation has improved thanks to it. Will check this out for sure!

Thanks! Glad that you liked the review. 🙂

Completely agree with naina. Nice sense of humor. But I must tell you that Yogesh doesn’t “work” for Moneycontrol, but is a very influential and powerful investor with a very large following. Almost each and every investment he has made recently has given over 100% returns. Even the company he shared in Cash The Crash had gone up over 100%.

Super book and a great review about it. Was wondering if you have read his other books mainly – Happionaire’s Investment Secrets For Women and Happionaire’s Money Game?