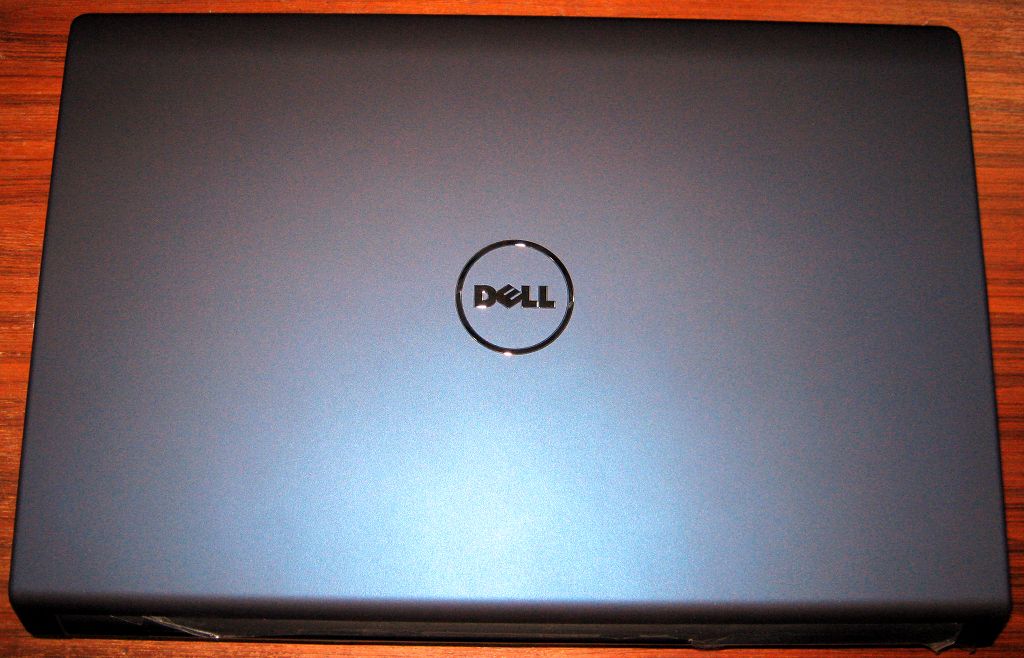 Before I leave to join my university, I thought it was time to buy a new laptop. The old passed-on-from-dad HP Compaq 6710b wasn’t going to cut it any more. I decided to buy a Dell Studio 15.6″ widescreen laptop. Stick around for a while, I’ll explain why I went in for Dell and not any of the others choices. Here’s the configuration: 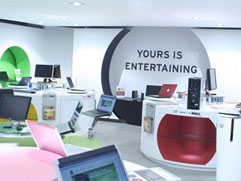 The base configuration was priced at Rs 45900, without freight and tax. After all the upgrades and including freight charges the order total came to around Rs 49900. I placed the order at the Dell Exclusive Store at Nehru Place, where in case you’re paying cash-down you don’t have to pay the tax component (they pay that bit). In case you want to visit the store yourself, go to Nehru Place (duh) – the shop is located in the market behind Satyam Cineplex, in Gedore House. (The exact name of the store is Vidur & Co, although you won’t find that written anywhere. They used to sell all brands of laptops earlier – I’ve made some purchases from them – but since September 2008 they’ve been dealing exclusively with Dell products.) You won’t be able to get the product right then. You can experience the products, and if you want to buy something the salepersons there will place an order for you online – which you can pay for by cash or card.

My order was placed on 1st August 2009 and was processed by Dell’s Bangalore centre on 4th August. Assembly was finished on 7th August and on 8th I received an SMS from Bluedart courier that the package was with them, but since 9th was a holiday they would deliver it on 10th – which they did. I got a request for unboxing pics, so here they are:

Default partitioning was weird. System partition (on which Windows Vista was pre-installed) was 450 GB in size. Before I begin removing this to install Linux, I noted down the Windows rating which Vista’s System Assessment Tool gave:

(I could’ve taken a proper screenshot, transferred it using a USB drive, then posted this from my old laptop, but it isn’t worth the hassle.) Windows gave my laptop a rating of 5.0; interestingly though, some of the subscores are greater than 5. I always thought these Windows rating scores were given on a scale of 0-5. So how on on earth am I gettting scores higher than five?!

I haven’t tinkered around much till now. Backlit keyboard is nice. No fingerprint recognition like my current laptop, but this has a 2 MP webcam with bundled face recognition software (it works!). The raised, slanting surface makes typing more comfortable compared to most other laptops, which have flat keyboard surfaces. CD/DVD drive is a bit spooky because unlike normal tray-loading drives, this has a thin slit on the right hand side of the drive where you slowly insert a disc, and then some kind of mechanical grip swallows the disc in.

Why buy in India instead of the UK?

One of my main concerns was the validity of my warranty once I shift to the UK. A friend of mine told me that I would have to upgrade to my Dell warranty to their costliest plan which has worldwide coverage (along with a few other extras). That costs about Rs 13000, so I contemplated for a while about buying it in the UK itself. I thought I would make significant savings on my student discount (turns out it only works to 50-70 GBP) or buy it from my university (they’ve a tie-up with Toshiba, configs weren’t good). Then I found out that Dell transfers responsibility for the warranty free-of-cost simply if you contact them and inform them of the change beforehand. Problem solved. Other manufacturers such as HP offer international warranty by default. In that context, buying a laptop works out to be cheaper in India than if you do it abroad.

Why buy Dell, and not any other brand?

Lot of students joining colleges have to take a call on which laptop they’ll buy. Even if you’re doing a course which isn’t associated with electronics / computers you’ll find it handy. Quick access to a computer is a necessity for students in UK / US colleges since we have to submit assignments in both hard copy and soft copy (the soft copy is run through plagiarism-detection software). Naturally, buying a laptop becomes a big investment decision since everyone wants a machine which will last at least their tenure in college. I did some research on different companies, and here’s what I found. I present them in ascending order, starting with the companies which interested me least to most.

However, everyone’s requirements are different. Dell was what suited me the best but for you it could be something different. Do compare models on the manufacturer’s websites (it’s a simple search query away), and then make sure that you actually go to the largest computer market in your city and check out the deals you’re getting. (If you live in Delhi then don’t buy from any place other than Nehru Place. You’ll find ‘flagship stores’ / ‘official showrooms’ of all brands there, so making comparisons is easier.) Many stores reduce prices for cash-down. Make your own decision.

Nice post. Dell’s openness is indeed appealing to everyone. BTW, what is Priginally posted at Youthpad supposed to mean? 😉

Thanks! And thanks for pointing out the typo too. 🙂

Beautifully written, i think i’ll Rate this post 10/10
You have given very nice comparison.
luv it.

Thanks for pointing out the typo. Ahem, embarrassing.

I looked up the Windows help page on ratings and it said highest score was 5. Maybe the limit has been raised now due to better hardware. Why 7.9 though? Why not, um, 4.2?

I’m guessing that 7.9 thingy got implemented in the Service Packs. You must be running SP2, or at least SP1, right?

The documentation uses 5 as an example. Nowhere does it say that 5 is the maximum on all computers. And the experience index is calculated based on your lowest subscore. So there could be just one piece of hardware the spoils your score.

Yes, I know the lowest subscore determines the overall. Hmm, you’re right – the documentation doesn’t say what the highest score is. Thanks for pointing that out!

awsome post~~~~personally hate reading reviews but your post ensured that i read it;)…and enjoy it too!nice way of going about the review!..good work must say!:)

I don’t think that is a typo. Could be intentional as well.

The Vista Experience Index goes up to 5.9. I get a 5.6 on my MacBook Pro. So there’s nothing wrong with you getting 5+ scores on yours.

You know I’ve been salivating over a XPS m1550 for the longest time.

hey,do you have ny idea about the life of dell or hp laptops?

hey,nice review.
I too am interested in buying a studio 15 but am a bit confused at this.Just want to know whether it satisfies one’s average daily requirements including a bit of gaming.And yes,life is another topic of concern as by default,they only provide 1 year’s warranty.How much do expect your laptop to live?Also,how many times has your laptop needed any kind of repair or something since August?

I have not need any kind of servicing for my laptop so far. The system is capable enough of playing latest games (I play CoD4: Modern Warfare and Modern Warfare 2 on this laptop) without a glitch, at a resolution of 1024×768 or so. Any laptop manufacturer only provides one-year warranty, so nothing sets aparts others in this regard. (You can always buy extra years of coverage from them when you’re buying the laptop itself – which sets Dell apart from others.) A laptop ‘life’ will obviously depend on what configuration you buy, but as a general rule computers and laptops become outdated in around 4-5 years. More than anything, the ability to customize you system on Dell as much as you want is what sets it apart.

Will Intel Core i3-350M processor along with ATI Mobility Radeon HD 5470 – 1G be enough to run latest games without compromising on the game display settings?
Also,does Dell allow it’s users to upgrade their PCs and laptops once their warranty period expires?

That’s a good enough config, just ensure you’ve 3-4 GB RAM to go with it. Certain things can only be upgraded during initial stages (backlit keyboard, colour of laptop, etc) but the rest such as hard disk and RAM can be upgraded on any laptop anytime.

At last I bought an assembled PC instead.But thanks for your help 🙂