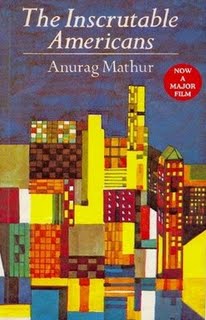 To be honest, I never bothered to read this book completely – until now. Until I came to know that this book is in its forty-second reprint. I don’t know whether Rupa (the publisher) pulled a fast one by printing exceptionally small batches of the book or whether it has actually sold enough editions to go into a 42nd reprint. Methinks it’s a bit of both. This book has been around for ages – the fossilized 1000-pound dinosaur of the Chetan Bhagat genre.

Being in its 42nd avatar certainly doesn’t seem to have alerted Rupa copy-editors to spelling mistakes and such, a few of which I encountered while reading. (I’m not considering ‘deliberate’ mistakes which are part of the character.) The story is about a guy who goes to the US of A to study (chemistry) and goes on forever about his family’s hair oil factory in the hick town of Jajau in Madhya Pradesh. Sadly, this book can be summed up with these words – sex, and lots of stereotypically bad grammar. What could have been powerful social commentary makes brief appearances but disappear before you can say ‘Loch Ness Monster’. Those bits are wrapped up in small passages.

Understandable, if you are writing a humour novel. The Inscrutable Americans isn’t. There are passages which are funny – letters from the protagonist to his younger brother back in India almost invariably so – but those are because of the broken English the protagonist Gopal uses. You could experience the same brand of comedy by visiting any forum on the Web (Rediff’s comments section jumps up saying “Me me” at this point) without having to part with Rs 95 for this book.

As for everything else in the book, it’s an unmitigated disaster. Both the book itself and the storyline. You might cackle a few times at the quintessentially unlucky protagonist, like you might if you find a stranger slipping on a banana peel on a sidewalk – but after a point you really don’t find any emotional connect with the character. You pity him towards the beginning, might just even root for him but in the end you get a tad bored with the words ‘sex’ and ‘hair oil’ repeating themselves too many times without getting anywhere. Goddammit man, I’m not asking for on-print sex – I’m simply asking for a story which doesn’t get monotonous.

I have a word for this genre of ‘novels’. It’s ‘publishitting‘, noun, which means ‘when you publish shit on paper‘. The cornerstone of The Inscrutable Americans is that it appeals to that clientele which speaks English similar to that of the protagonist. “Here,” they say, “Brother is like us and going to Amrika and trying to bedding Brooke Shields and is respectfully trying to restraining himself to Respect Revered Grandmother wish”. My sympathies to you folks. Go ahead and enjoy this book. I certainly did not.

PS – I hear this so-called ‘novel’ has been made into a movie too. The horror.