Am I the only one who finds laughter tracks in so-called ‘comedy shows’ irritating? Wherever you look, there are TV shows masquerading as laugh riots when they actually aren’t. And why are they considered to be comedy? Simply because they have a laughter track. The ol’ faithful Wikipedia points out…

It was believed that the absence of guffaws meant American viewers could not tell if the particular show was indeed a comedy.

…which is then followed by a list of TV shows that got their asses kicked for not including laughter tracks. Seriously? Are our American brothers that dumb that they can’t recognize comedy without having crutches to guide them when to laugh?

So why did I snap now? The last straw ‘joke’ that broke the camel’s my back was this show they’re showing on Disney Channel called Home Improvement. Apparently, “in the 1990s, it was one of the most watched sitcoms, winning many awards“. Should have a reasonable amount of comedy, right? So I decided to watch one episode. Here’s a ‘joke’ from the show, in its entirety:

My mother-in-law is coming next week. [laughter track with wild hoots of laughter]

And then, every second sentence there’s canned laughter, regardless of whether any sane guy would call it a joke or not. Adding a laughter track does not make it a comedy show. It makes it a lame attempt at comedy, but not comedy. You know which other show on Disney Channel is guilty of the same crime? The Hannah Montana Show, featuring SnakeMonster. 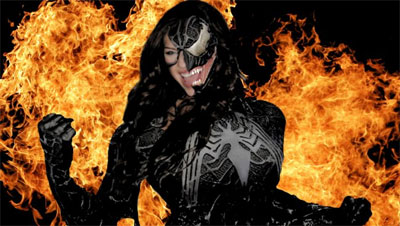 It’s a show which revolves around one and only one ‘joke’ – Billy Ray Cyrus calling out to “mah-lee”. But when it comes to not making any sense at all, having no jokes, and stuffing canned laughter into every second of an episode, nothing beats… 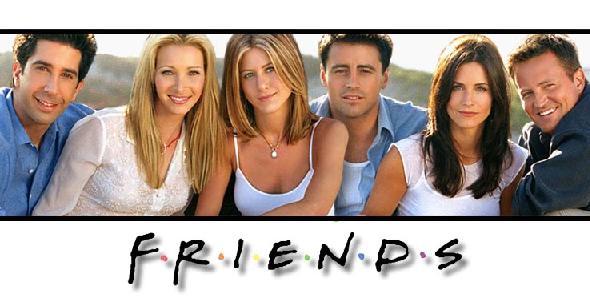 …F.R.I.E.N.D.S. Every second of the show is carpet-bombed with canned laughter. And that’s still okay, if there are any jokes. That ‘if’ is never fulfilled as the canned laughter is played out even in normal conversational dialogue. Maybe the cornerstone of F.R.I.E.N.D.S.‘s success lies in the fact that Americans are too dumb to recognize what’s comedy, so when a show comes along where lots of laughter is pre-included, they think it’s a very funny show. In overseas territories people might laugh along assuming there must be some pun in English they didn’t get.

I know I must be the odd-one-out in not ‘liking’ F.R.I.E.N.D.S., but I also feel that shows which include laugh tracks are trying to insult the intelligence of the audience. Here’s a clip from the South Park episode Jakovasaurs parodying sitcoms with nonsensical laughter tracks:

PS – If you are a fan of F.R.I.E.N.D.S., could you please explain to me what is so funny about the show?

I had subscribed to your blog.. I think I’m going to unsubscribe after this post.. Atleast you could have mentioned a few TV shows that you like.. I bet you would now be searching for ones without any laughter tracks..

Just because my views don’t match others, it doesn’t mean I will stop talking to them or un-subscribe.
Disagreeing is a normal phenomenon.

I feel I should start watching FRIENDS as all my friends watch it and find things funny in it. But then I remember this post.
When I read it again this time….i realized i was being a fool contemplating to start watching it. For the 100th time 😀
It is definitely not funny! What’s wrong with everyone?