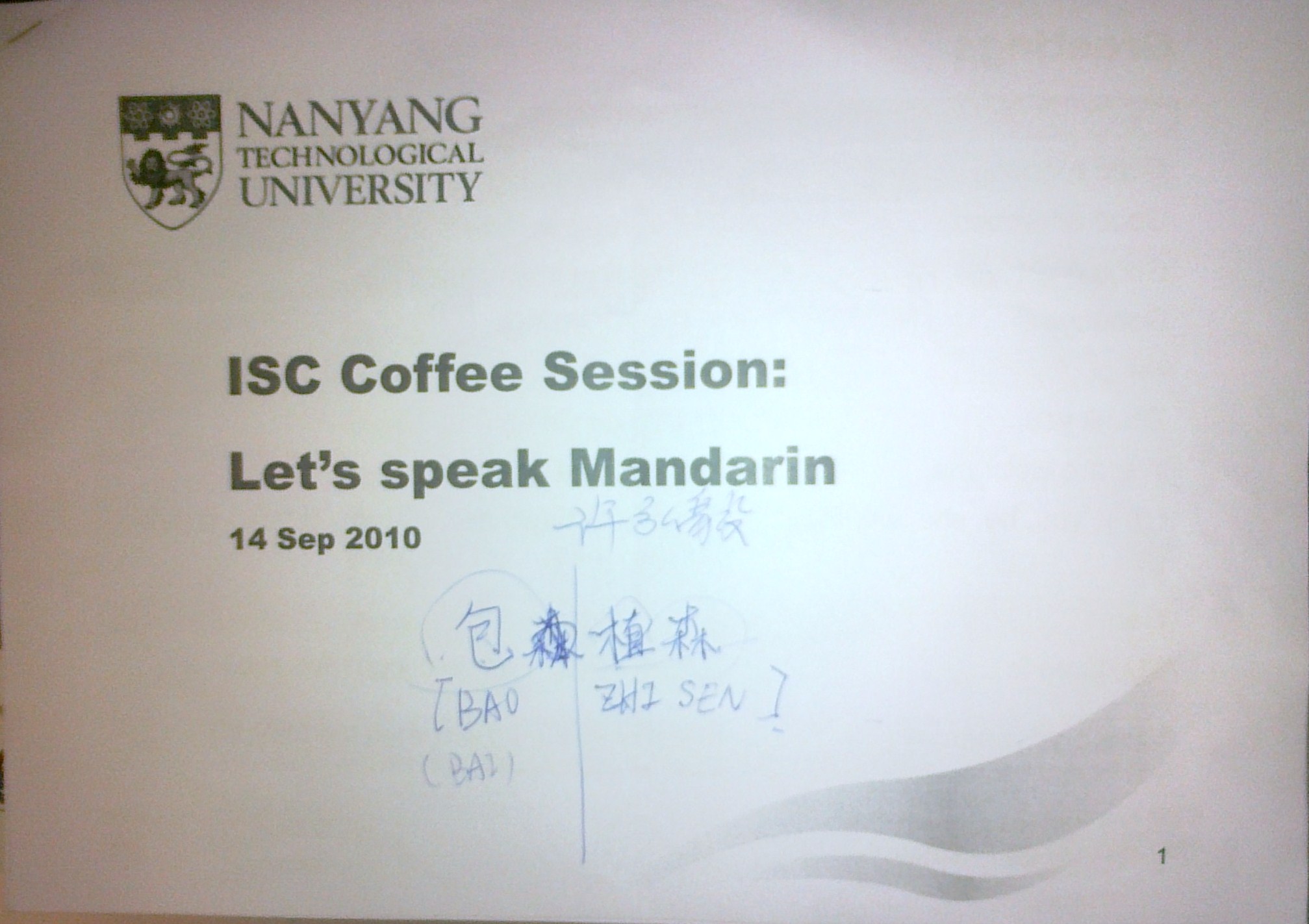 The title of this blog post roughly translates to “My name is Ankur Banerjee”, where ‘Bao Zhi Sen’ is apparently my name in Mandarin. The surname comes first, where ‘Bao’ is ‘Banerjee’ translated phonetically, and ‘Zhi Sen’ is the literal translation of ‘Ankur’. I have no idea whether ‘Bao Zhi Sen’ means ‘flying monkey bollocks’ in reality, so I’ll have to trust the person who told me this. 😉

I went to a Mandarin Chinese speaking session today. In case you didn’t know, the two main languages under the broad umbrella of what is called ‘Chinese’ are Mandarin and Cantonese – within which there’s a complicated spaghetti of other variants, dialects, grammar styles and whatnot. Mandarin is the most widely spoken form.

It was an informal session where those who didn’t know Chinese were taught by those who did. Not all the volunteers were of Chinese origin – one of the teachers was a US Air Force Academy student here on study exchange who’d lived a few years on a US base in Taiwan! We were taught a bunch of handy phrases but to be honest I (and most of us there) didn’t get the pronunciations right for anything except the Mandarin numerals and basic greetings. ni hao (hello) is not the only word I know now.

42 in Mandarin is 四十二 (si shi er). I’m definitely getting this tattooed on my right forearm.

PS – I forgot to add this video of Sheldon Cooper’s attempts at learning Mandarin.