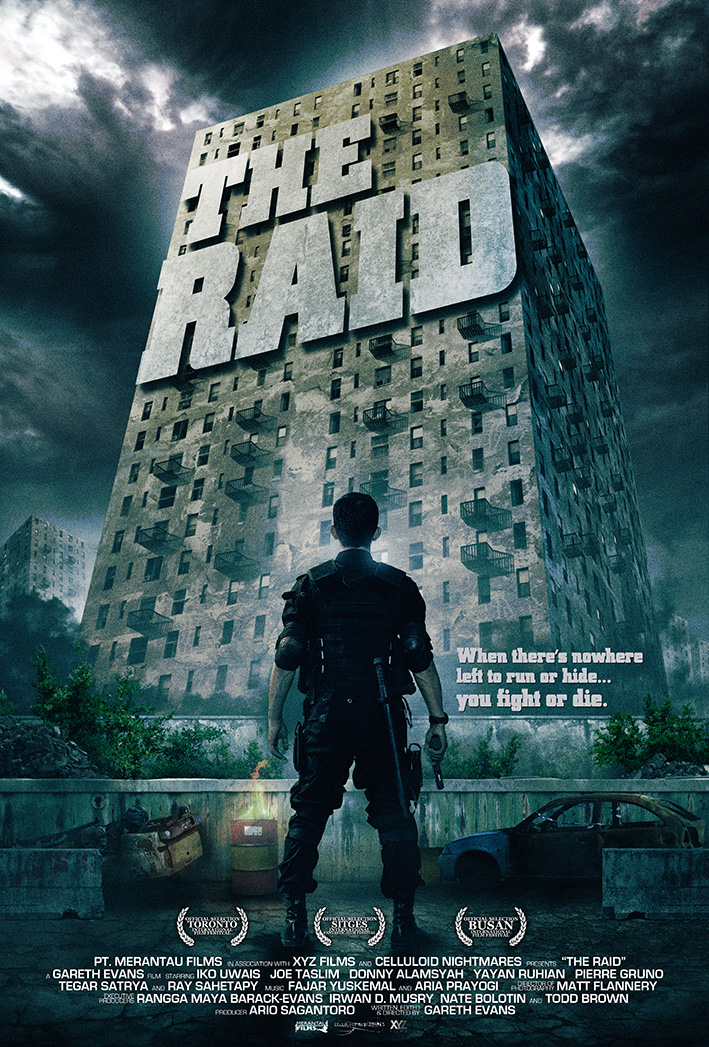 The Raid: Redemption (original title Serbuan Maut) is an Indonesian martial arts film from Welsh director Gareth Evans about a drug dealing stronghold of a building tower that is raided by a police SWAT team tasked with capturing or taking him out. The film’s cast would be practically unknown to a Western viewer, as many of them are newcomers even in the Indonesian film scene. Nevertheless, they do hold their own especially Iko Uwais in his role as the lead protagonist Rama, a member of the SWAT team; Tama Riyadi, the ruthless drug kingpin; and Donny Alamsyah as Andi, a hitman who prefers bare hands as a method of dispatching his victims.

The action is visceral as the fight scenes are based on a traditional Indonesian martial art called pencak silat that incorporates many types of weapons in mêlée combat such as a wide variety of knives, swords, and sticks in addition to limbs. Setting it within the confines of a building also adds a measure of claustrophobia which make the action scenes that much more palpably exciting.

Viewers of the English-subtitled foreign market release have an additional treat for them in form of the soundtrack in this version, which was scored by Linkin Park’s Mike Shinoda. In typical Shinoda style, the brooding soundtrack with its techno beats is an adrenaline-pumping accompaniment to the action on-screen. (It’s no secret that I’m a massive Mike Shinoda fan. My favourite out of The Raid‘s OST is a track called RAZORS.OUT.)

There isn’t much character development to write home about, but Gareth Evans does succeed in making a brutally bloodthirsty action flick that stays real without the viewer feeling like they are watching video game footage.