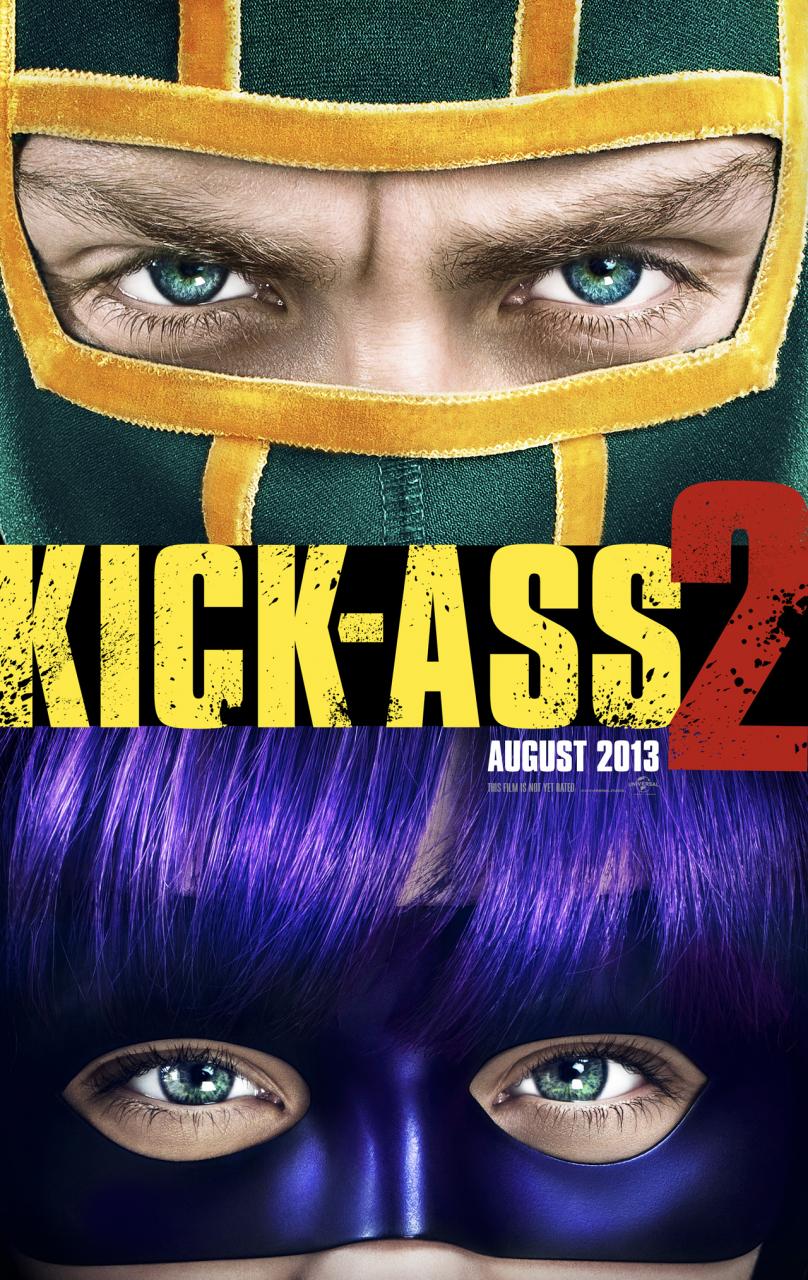 Hushed whispers of “Is Chloe Moretz of-age yet? No? Shoot.” filled the cinema as viewers ushered themselves in for the screening of Kick-Ass 2. I wasn’t surprised. The target audience for Kick-Ass 2 is exactly the kind of person who engages in a masturbathon while sobbing about the lack of being in a relationship that would drive him to wearing a superhero costume and pretending to be “kick-ass” to boost his self-esteem.

I foolishly hoped that this sequel would live up to the pedigree of its predecessor, Kick-Ass. While the first film was written and directed by Matthew Vaughn – well-known for his work on classics such as Lock, Stock and Two Smoking Barrels, Snatch, and Layer Cake – was a smartly-written, acerbic comedy-thriller, the sequel is written and directed by Jeff Wadlow – “best-known” for his terrible, terrible screenplays for Cry Wolf and Prey; two excruciatingly terrible “thrillers”. Kick-Ass made Nicholas Cage look good: that’s how good it was. Let that sink in for a minute.

Needless to say, Kick-Ass 2 was hopelessly derivative. Much of the plot made no sense and the pacing was all over the place. There isn’t any overarching theme holding the film together, and when it does try pontificating serious issues it falls flat on its face because of forced the dialogue seems. Perhaps the only redeemable feature is the aplomb with which Christopher Mintz-Plasse dives into his character of Chris “the Motherfucker” D’Amico – a caricature of what a villain should be. Who said overacting doesn’t make a film better, at times?

Another area where Kick-Ass excelled and Kick-Ass 2 fails is the soundtrack; instead of the carefully-chosen songs that complemented the action in the first film, the score in the second is bland muzak that will probably be sold for pennies as elevator music by the end of the year.

There’s a scene in the film where the protagonist Dave is shown wearing a t-shirt that reads “I Hate Reboots”. If there was ever a chance for the filmmakers to make a clever joke, it would be this scene – just make the t-shirt read “I Hate Sequels”. Yet this is precisely the kind of risk taking that would not happen in the circlejerk nature of Hollywood sequels which do nothing more than slap lipstick on a pig and then sink millions of dollars into marketing in the hope that enough moviegoers in foreign territories will buy tickets to recoup production costs. Pathetic.