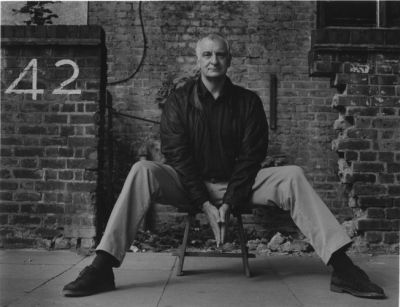 May 11th 2001. A day when the world lost one of the greatest writers ever. Yes. It’s the day Douglas Noel Adams (aka DNA) died of a heart attack, age 49. He might not have been Infinitely Prolonged like Wowbagger, but he certainly achieved immortality through his creative works which have gone on to influence so many new generation writers like Neil Gaiman and Samit Basu. His nuggets of wisdom shine on. RAmen.

Coming to his works themselves, one of their best characteristics (for me) is that apart from their stupendously funny take on the Whole Sort Of General Mish Mash, they are all inconsistent with each other. Now that’s generally considered to be a bad thing, with everyone from Harry Potter fans to Lord of the Rings fans crying about ‘discrepancies’. For The Hitchhiker’s Guide to the Galaxy however, it is this same inconsistency that makes it more fun. It has been made into so MANY avatars that if they were all kept the same, it would become a tad boring. And ‘a tad boring’ is EXACTLY what Douglas Adams wasn’t.

Getting a movie made in Hollywood is like trying to grill a steak by having a succession of people coming into the room and breathing on it.

– Douglas Adams, on getting a movie made in Hollywood. After all, the h2g2 movie spent so many years in development hell!

Some stuff you might not have known about Douglas Adams:

May he rest in peace. It’s only this year I’m writing about this because I finally feel that I’ve spread a good level of awareness among peers in my school (and others too) – and that was needed because otherwise this post would have been lost to the audience. Sure, it took a bit of over-the-top promotion of forty two, but I did get the point across. I think.

since my BITS was yesterday, commemorating the end of my exams, I went out shopping, and bought The Ultimate Hitchhikers Guide to the Galaxy!! Finally, now I would be able to understand your subtle jokes!!

I miss him, do you know that Dawkins dedicated The God Delusion to him? Calling him his tallest and funniest convert? It’s sad what happened to him, after all H2G2 is far more creative than harry potter or their likes, plus it makes you laugh your guts out. He was a genius no doubt about that, I mean who has the imagination to come up with Marvin? You need to have some brains to do that. I am in awe of him.

You know what I really, really like about him except for the fact that he was an atheist and the champion of all things I consider precious? He loved Apple and saw Bill Gates as what he truly is;

“The idea that Bill Gates has appeared like a knight in shining armor to lead all customers out of a mire of technological chaos neatly ignores the fact that it was he who, by peddling second-rate technology, led them into it in the first place.”

“I wrote an ad for Apple Computer: ‘Macintosh – We might not get everything right, but at least we knew the century was going to end.'”

I miss him, the world needs people like him today more than ever, I mean who would give a better commentary on the war in Iraq than this guy? You know what? I really want to attend those lectures, I wish I had the money to go.

@Achyuth: Muhahaha, welcome to the Dark Side of the Force.

@Anuj: Yeah, I’ve read The God Delusion. 🙂 Yes, I wish I could attend the memorial lectures too. That guy has such an amazingly frank and true take on everything! What are you doing for Towel Day? 😉

That was quite a knowledgeable post on DNA, Ankur. Many interesting nuggets from his life Thanks for that!

u celebrating towel day??? m going to roam about with my towel ‘All Day’

@Agrim: Yes, of course I’m going to celebrate Towel Day. 🙂 Plus, I’ve to make up for the sin of forgetting it last year.

it was through Dawkins that Adams met his future wife.

It’s the other way around actually. Dawkins met his second wife, Lalla Ward, through Douglas Adams.

Incidentally, the movie version is such a goddamn travesty. I hated it. Even the campy TV series from the 80s was better (and truer to the radio series and books.)

DC comics also brought out a comic book version which while quite crap on its own is still miles better than the movie.

@Ashwan: Oops! Made a boo boo on that wife one. Meant that, but wrote the other way round by mistake. Thanks for pointing out! 🙂 I never try to compare the book to the radio etc etc, because that’s what I like about them – they’re all different. Even the game is different, so well, I don’t consider it that way. The movie, yes, I didn’t like it the first time I saw it too; but since then, I have seen LOADS of time, and I like it now! Especially some one-liners, which have me ROFL. IMO, the DC Comic sucks, but it’s far worse than the movie.
So…you’re a South Park fan too, right?

Sure they’re all different but in a good way. The game still stuck to the same humour as the radio series and books. Mostly because it was all Adams’ work.

I think the new radio series is also quite bad. Especially the end which I shall not reveal here. Suffice it to say that they tampered with Adams’ original ideas.

The movie suffers for exactly the same reason.

@Ashwan: Most of the radio and the movie WAS Adams’ work. If you’re talking of the Viltvoodle VI bit, Humma Kavula, the POV Gun, Questular Rontok and the Arthur-Trillian romance, all of them were penned down by Adams.

Similarly, Adams has also said that after writing Mostly Harmless he found the ending very depressing, and wanted to write a sixth book to amend that. Sadly, he died before that happened. He didn’t write the specific ending in the radio series, but it was something the writers of the new series thought Adams would have wanted.

I rather the think the new series is better actually. I really don’t like the Secondary Phase that much, among the ‘original’ series.