Sharing some of the music I’ve been listening to / discovered lately here. Also, I simply despise iTunes and its lack of a ‘back’ button in its interface for going back to a previous view. Have to live with it these days though because nothing else syncs properly with my fifth generation iPod Nano. [gnashes teeth]

(More on how I am using – shock and horror – iPod and iTunes later.)

I miss you and your endless music library, Spotify. Your interruptions too, ‘Roberta from Spotify‘.

Reverend and The Makers

A French Kiss In The Chaos 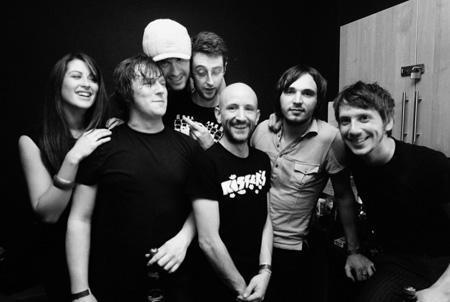 I have been a fan of Reverend and The Makers ever since this indie band performed at our university as part of the HP-sponsored Listen2U concert tour. Fans of Arctic Monkeys and  Oasis among you may have heard of them, as these bands have collaborated on gigs. Open Your Window and Heavyweight Champions of the World from their first album The State Of Things

crop up high on my favourites playlist. 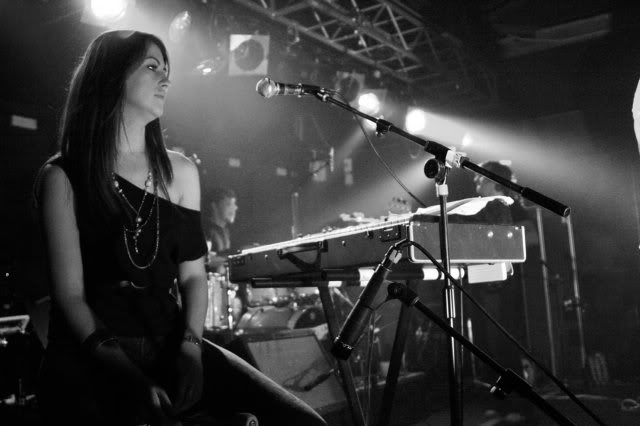 (Reverend and The Makers keyboardist Laura Manuel also has a slightly pervy-sounding following among Reverend fans going by the name of LaMAS – the Laura Manuel Appreciation Society.) 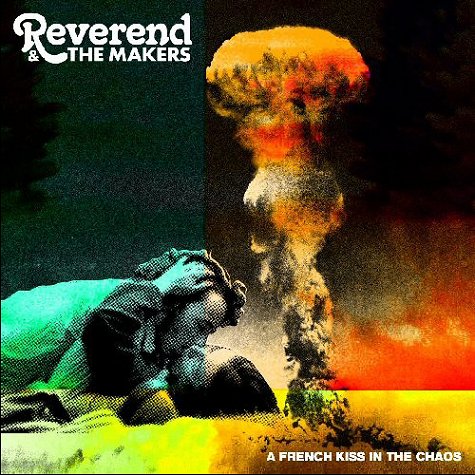 A French Kiss In The Chaos

is the band’s second album, released last year. The album opens with a bang with the deliciously psychedelic-sounding Silence Is Talking and Professor Pickles. I didn’t particularly like No Soap (In A Dirty War) that seems to be one of the more popular songs in this album. Hard Time For Dreamers provides a strong finish to the album. (It’s in this track you’ll come across ‘a French kiss in the chaos’.) Overall the band sticks to its indie rock/funk roots with a few folksy touches here and there. 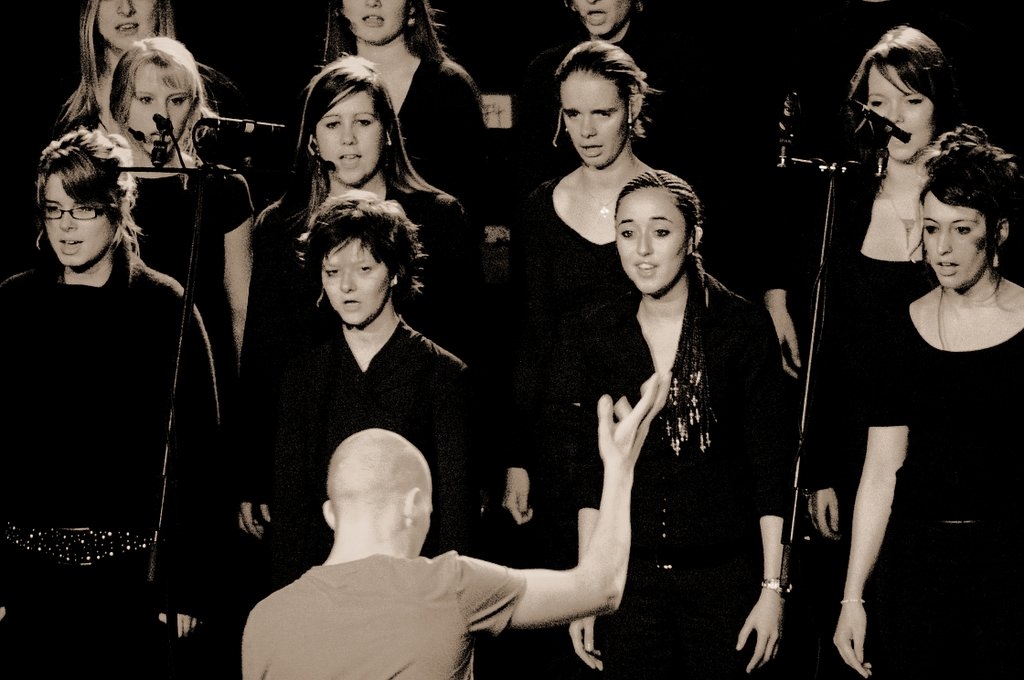 Scala is a Belgian girl choir with conduction / piano by the Kolacny Brothers (Steven and Stijn). They’ve been shot into the limelight recently when their cover of Radiohead‘s Creep was featured in the trailer for The Social Network – a movie about the origins of Facebook – directed by David Fincher (the guy behind Fight Club and Se7en).

What makes Scala & Kolacny Brothers “so fucking special” is the ethereal quality their covers have. The last thing you would associate with a choir is swearing! 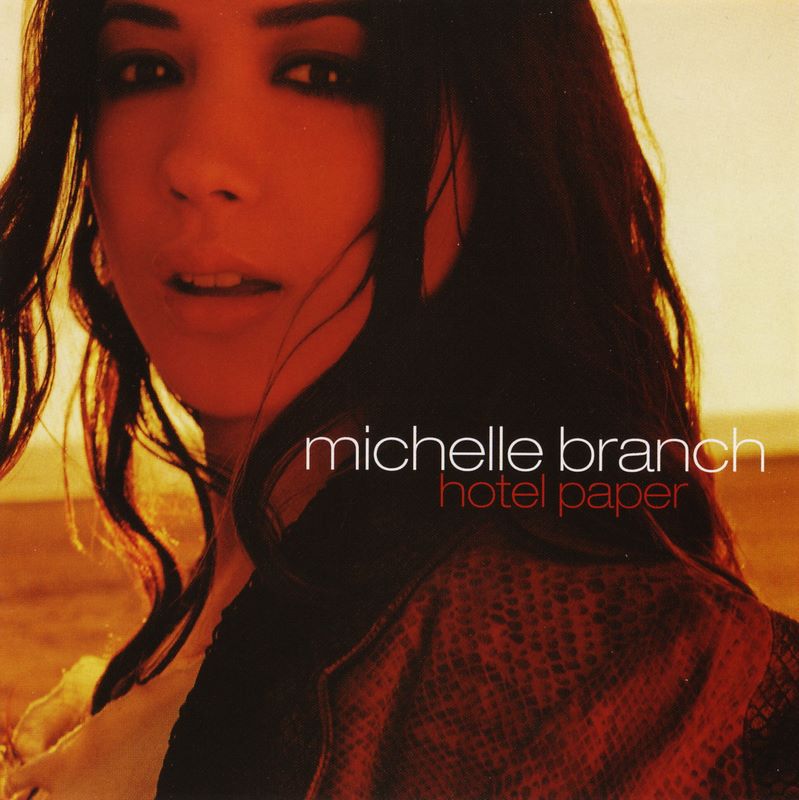 Hotel Paper and Everything Comes and Goes

I first came across Michelle Branch when I heard Getaway, a pop/R&B collaboration with Timbaland with Branch providing most of the vocals. (She has previously collaborated with Carlos Santana and Sheryl Crow.) And I loved the voice! I dove further into her discography and found her 2003 album Hotel Paper. I’m seven years too late, but I’m glad that I discovered this nonetheless. Hotel Paper is a curious mix pop rock with country music that is quite unique in itself.

She hasn’t released any full albums for a while, but did release an EP this year titled Everything Comes and Goes recently. There’s an upcoming album Different Kind of Country. I’ll be looking forward to it! 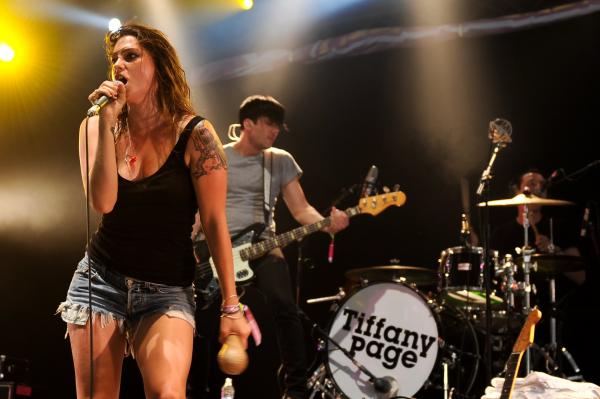 Being ‘seven years too late’ to Michelle Branch’s Hotel Paper album reminds me of Tiffany Page, an upcoming English rock artist who also has a single called Seven Years Too Late (not one that I like). She isn’t that well-known right now (when she performed at our university, only ten people or so turned up) but is slowly gaining some attention with gigs at places like iTunes Festival.

Just like Michelle Branch, Tiffany Page’s songs lay stress on vocals – she’s got a sweet deep voice that is unlike most other female vocalists. She has experimented too; for instance, this acoustic cover of Muse‘s Supermassive Black Hole that I prefer for its better vocals than the original. Check out her singles Walk Away Slow, I Am The Blaze and On Your Head.

Linkin Park will be coming out with their new album A Thousand Suns soon, and have released a single The Catalyst by featuring in Medal of Honor’s trailer. When I first heard the song my immediate reaction what that I absolutely hated it. The Catalyst sounded indistinguishable from any uninspired electronica remix of a generic Linkin Park / Chester Bennington screaming song. The beats are so catchy though that after many replays now, I’ve actually come to like the song.

What have you been listening to recently – any new discoveries? And if you listened to any of the artists above, what’s your verdict?

11 replies on “What I’ve Been Listening To: ‘A French Kiss In The Chaos’, Scala & Kolacny Brothers, Michelle Branch, Tiffany Page, ‘The Catalyst’”

ooh. scala. you too? nice.
there best cover, i think, is Smells like Teen Spirit. or Engel. can’t decide.

I haven’t heard any of them 😐

I’ll check them out. I like the sound of a girl choir doing covers and swearing 😛

@Rachit You found out about Scala after The Social Network trailer too, didn’t you? I’d stick with the Creep cover itself as my favourite; I like Radiohead and the original song anyway!

yea…found out about Scala after the trailer. Engel is such a creepy cover man. And Smells Like Teen Spirit somehow sounds better as sung by Scala than by Cobain…

I’ve heard a couple of Michelle Branch songs, ‘you set me free’, etc. A friend happens to be a fan. Not my type, though.
Your post had got me really excited about Scala. It didn’t live up to it. =( Or maybe I expected too much.

The idea of a swearing girl choir inherently sounds interesting, as Espera mentioned too. I think to fully enjoy a Scala rendition of a song, you need to be a fan of the original artist as well as the original song (at least know the lyrics somewhat); otherwise the uniqueness of the cover version is lost.

OMG. Yellow by Scala is so “fuckin’ special” 😀
I heard Creep too. And Smells Like Teen Spirit.

Sad thing is that unless you’re ‘watching’ on YouTube or buying from iTunes, it’s hard to find Scala & Kolacny in streaming site libraries such as last.fm.

True that. And most of their “videos” are just a collage of stills. 😛
Or in the case of Yellow, just one photo.

Those aren’t actually ‘their’ music videos. A lot of people upload songs to YouTube, but since a video component is mandatory (you can’t just upload a song), pirates who’re uploading those songs put a still or collage in place.