Brit Marling is an unlikely candidate for one the hottest upcoming stars on the indie film circuit. Starting off as an investment banker at Goldman Sachs, she found herself drawn towards the world of cinema. The result is two spectacular dramas that she screenwrote and acted in: Another Earth and Sound Of My Voice. 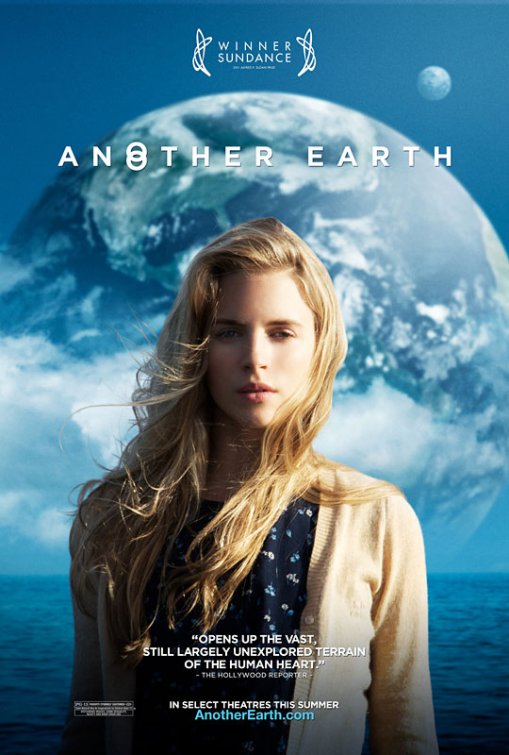 Another Earth is a sci-fi drama set around a startling scientific discovery: a new planet is discovered in the solar system which is a carbon copy of ‘our’ Earth, with exactly the same people living on it. The plot follows the story of Rhoda (played by Marling), a bright young high school student who runs over a woman and her son while drunk-driving. The story picks up its thread again after her release from prison, now unemployable, as she tries to reconcile herself with the crime she committed and finds herself falling into a relationship with the man whose wife and son she killed. While the premise of ‘another’ is wildly fantastical and scientifically inaccurate in how it’s portrayed, the film explores Rhoda’s doubts about how differently things have gone for her on the ‘other’ Earth.

Sound Of My Voice has similar roots in sci-fi, about a couple Peter and Lorna filming a documentary trying to expose Maggie (played by Marling) as a hoax, for she is the leader of a cult who claims she is from the future. Much of the film is shot within a single room, showing worship sessions of the cult and the characters’ struggles with accepting whether Maggie is who she claims she is – with some showing blind devotion and others being sceptical. Without giving too much away, Sound Of My Voice ends with one of the most enigmatic cliffhangers I have seen in cinema.

It is easy when writing sci-fi dramas to get distracted by scientific intricacies of making the premise seem accurate. Both films call upon the viewer to take the premise almost as an act-of-faith, and instead focuses on the human aspect of the stories. Is it okay to fall in love with someone whose family you killed – or hide your identity from him? Why do smart people get attracted by a cult anyway? Brit Marling’s brilliance lies in the fact that her films are chock full of what-if questions that makes the viewer think about they would do in the face of a similar dilemma. This is what makes Another Earth and Sound Of My Voice a brilliant, unsettling watch.