Paul Carr was a fuckup. He left a career as a journalist with The Guardian to start his own multimillion dollar publishing company, abandoned it to launch a web startup under the delusion of becoming “the next Mark Zuckerberg”, got arrested and failed in many relationships because of an alcohol problem. With mounting bills and his life going off the rails, Carr started a journey that has made him a legend in tech journalism. 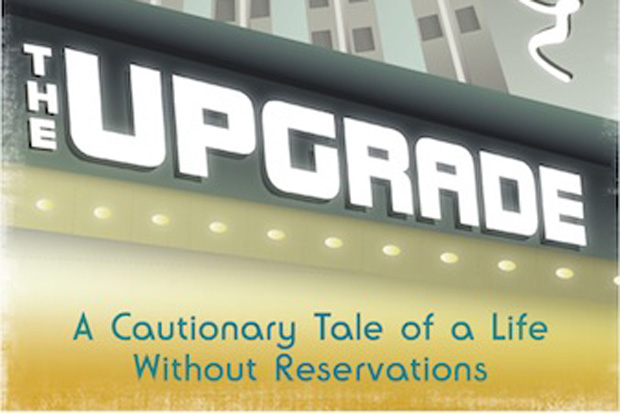 The Upgrade: A Cautionary Tale of Life Without Reservations is Paul Carr’s story of how he realised that it would be cheaper for him to live exclusively in hotels for a whole year, compared to renting a place in London at £1100 a month. He makes a sane argument: living in a hotel comes with all bills included, no council taxes, an easy choice to shift residence whenever you feel like, and deeply discounted rates when staying at a hotel for months. In a way, he provides an insider look into the hotel industry – as his parents were both career hoteliers, and he spent much of his childhood living in hotels.

Thus begins a wild ride with Carr living in hotels with personal butlers, countless sexual encounters, train journeys across America, hanging out with Icelandic rockers, getting chased by Spanish drug dealers, blagging his way into the launch party of the Hollywood film 21 – and then summarily proceeding to insult Kate Bosworth by assuming she was a cocktail waitress and calling Clive Owen’s films shit in front of him, attending a party of hairdressers dressed only in bedsheets (claiming that he was the proprietor of “British Hairways”), thousand-mile booty calls, going on a press junket to Bognor Regis with chavs dressed as Tinkerbell…it’s all very Hunter S. Thompson, minus the drug-fuelled hallucinations. His lifestyle as a global nomad living wherever he can snap up the cheapest hotels affords him opportunities for such outrageous stories.

Loads of drunken stories themselves would not make this book stand out though; everyone has their own ‘crazy’ drunken stories. For starters, Carr’s narrative style is incredibly funny as well as outrageously frank. (“Another thing I’m not very good at is having sex with someone, knowing that their dead mother is in my bedside cupboard,” he says, of a disappointing sexual performance.) He also propounds a philosophy of only owning as much possessions as one can fit into a single bag – something that I was so enamoured by that I have adopted it in my life.

What makes his book truly stand is that it’s part travelogue, part personal journey of epiphany and self-discovery. As you read along the book, you find him transforming from an arrogant self-centred prick who does not care about his friends – as long as his stories of drunken romps get him attention – to a reformed man who realises what things are truly important in life. As someone with his own behavioural issues, I found Paul Carr’s story to be deeply inspiring to get my own life in order.

And if you do enjoy The Upgrade, I recommend his first book Bringing Nothing To The Party: The True Confessions of a New Media Whore too. It’s a fascinating look into the London journalism circle, publishing companies, and tech startups.