When my friend Alexandra Wilks gifted me Escape From Camp 14 – a book on North Korea – I couldn’t control my excitement to the extent that I found it hard to hold the book open because my hands were shaking so much. I may have jizzed my pants too. Those who know me will be aware that I have a huge obsession with North Korea. I fastidiously follow any news or analysis of the country. My Twitter bio reads “World’s leading authority on loving adoration of North Korea.” The country is almost cartoonishly evil: from thinking that breeding giant rabbits would be a solution to its famine problem to a brother of Kim Jong-Il being disowned from the family after trying to sneak into Japan to visit Tokyo Disneyland under a fake Dominican Republic passport where his name translated to “fat bear”.

Much of the aura around North Korea comes from its relative isolation from the world at large. I bought into the online hysteria surrounding North Korea, religiously following photoblogs of Kim Jong-Il looking at things, and when his son took over, Kim Jong-un looking at things. While I was aware of the fact that human rights violations were a reality in the country, I assumed it was mostly of the kind that would result from life in a highly communist country. 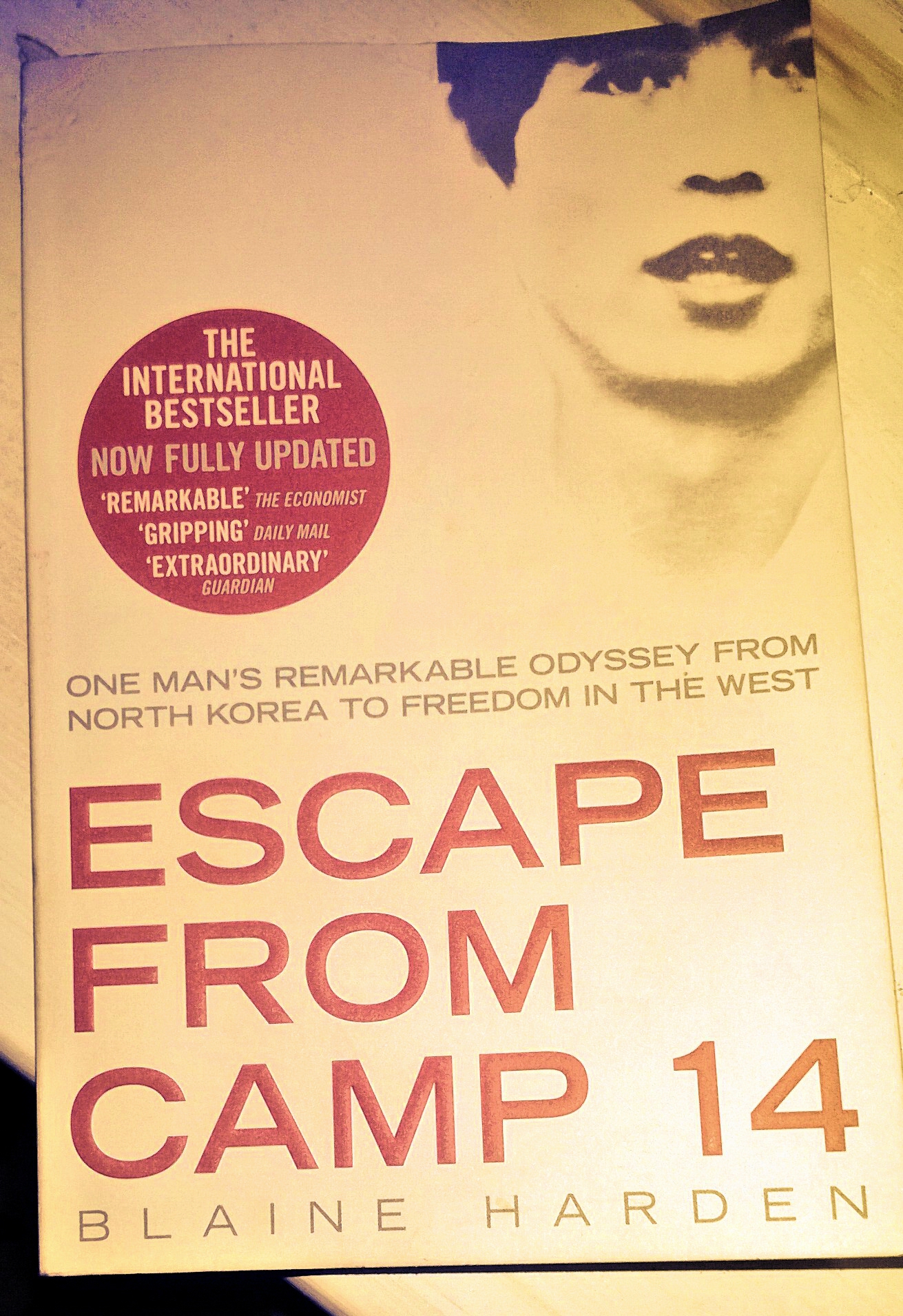 Escape From Camp 14 is the real-life story of Shin Dong-hyuk, the only person born in a North Korean slave labour camp to successfully escape. Written as a biography based on Shin’s account by Washington Post journalist Blaine Harden, it tells how North Korea’s policy of subjecting “traitors” to three generations of hard labour is used as a means of suppressing political dissent. Growing up in such an environment, Shin never had exposure to human emotions such as empathy or love to the point that he ratted out his own mother and brother for execution in the hopes of getting more food. The narrative then moves on to how Shin learnt about human trust and trickery, eventually making his escape out of the camp on foot, crossing over into China.

North Korean labour camps have existed for longer than Nazi concentration camps, or the labour camps of Pol Pot’s regime in Cambodia, yet it’s a human rights violation that largely gets overlooked. Western countries provide the country food aid worth millions on humanitarian grounds to combat famines, yet much of it supposedly ends up in the hands of North Korea’s élite. The picture painted in the book of realities on the ground is far removed from the jovial smiling faces of chubby leaders in Internet memes. To his credit, Harden reviews all information objectively, often fact-checking with external sources on the veracity of Shin’s story, as well as giving background information wherever necessary, drawing on his experience as a correspondent covering East Asian foreign policy affairs.

It’s an utterly bleak book that gives an insight into the kind of cruelty that goes on in slave labour camps and for the populace in general, made better by Harden’s narrative technique. There cannot be a better example of how much storytelling affects public exposure, since Shin’s story was published previously by a human rights organization in South Korea without garnering attention, until Harden’s take on the same gave this issue international exposure. I had the opportunity once to meet Bou Meng, a survivor of Cambodia’s torture camps who published a book on his survival from Pol Pot’s regime’s killing fields which went largely unnoticed, and Escape From Camp 14‘s worldwide success shows how important the narrative can be in shaping public opinion.

jizzed my pants – you do mean peed/pissed your pants…

No, I mean jizzed my pants.