Exactly how much – too much – current media relies on technology became clear in today’s Euro 2008 semi-final match between Germany and Turkey. But first, the match. Germany WON, 3-2! Yay! There were times when Turkey did look to be giant killers, but Germany showed their class by outclassing Turkey is spectacular style towards the end of the match. There were times after that thrilling Netherlands vs France 4-1 match that I thought of finding a new team to support, i.e., Netherlands, because Germany was in very grave danger of not qualifying; but today’s match shows why Germany is such a strong contender for the cup. 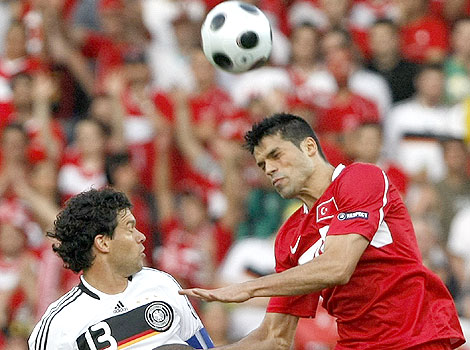 Which brings me to the ‘towards the end of the match’ bit. ESPN (and I later came to know, ALL broadcasters around the world) lost their coverage not once, not twice, but THRICE during the second half of the semi-final. It was really really irritating. At one point when the feed was lost, the score was tied at 1-1, and when it came back on after a few minutes, it was 2-2! Argh! What was more frustrating that they had footage of ONLY the Turkish goal which was done during that blackout period – the one by Miroslav Klose which had taken Germany to 2-1 was lost. Even the boffins back at the studio had NO idea what had gone wrong and what was happening in the match. There were simply a few whispers they made about “maybe losing electrical power”.

Later we got the whole story. The problem was not at Basel, Switzerland where the match was being held; but at the broadcasting centre at Vienna which was uplinking the feed via satellite to every other broadcaster. Apparently, there was an electrical storm, plus a good dose of lightning strikes at the broadcast centre which simply took the whole power out. THRICE during the match. And because it was the place everyone was getting data from, it also meant that Internet services which were providing score / match tracking were taken clean out of the picture. It still doesn’t explain the fact why even later they didn’t have the footage of the missing bits, because THAT would have been taken on film I guess. I didn’t stick around listening to clueless commentators though, so maybe they did get that stuff much later. 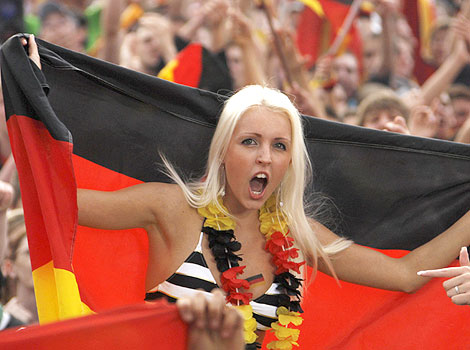 ‘Twas agonizing, but also quite funny in a sense. The people back at the ESPN studio had absolutely NO clue what was going on…or what on earth to talk about during the blackout. If those blackout periods had lasted a bit longer, they’d probably have had to resort to talking about their pet cats for all we know. Even they had their sense of humor though…

We’re getting some reports that this loss of the video feed has been caused by a ‘lightning strike’. Now we’re assuming that’s ‘lightning’, the weather phenomenon, rather than people going on a sudden strike…

ESPN’s cover was blown on another issue too – the ‘laptops’ they keep in the studio. Hewlett-Packard is one of the sponsors of ESPN, and they’d kept these laptops in prominent display in the studio. Probably plastic dummies, because they’re NEVER used. Even in this particular situation, it became pretty apparent that it was only for show, as the four people in the studio sat twiddling their thumbs – couldn’t use the ‘laptops’, could they? 😉 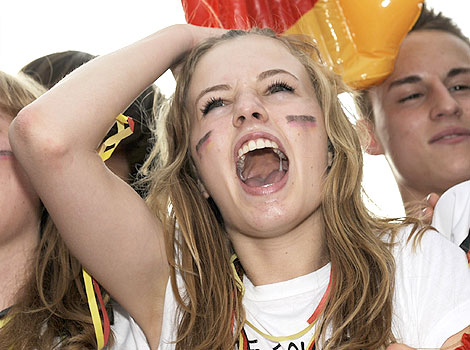 Particularly frustrating was not being able to catch the winning moment. Yes, the feed came back on to show the goal which the score to 3-2 in Germany’s favor, but the feed was lost again. The situation was so pathetic, that ESPN had to resort to showing videos of fans waiting outside the stadium – probably shot through a cellphone and uploaded on the Web – during the final moments of the game.

Elsewhere on the Web